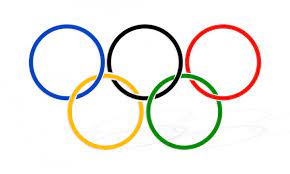 It has been so great to be able to watch the Olympics this year taking place in Japan. Sure it is one year late but it is a miracle that it took place at all. So many people had predicted that it wouldn’t take place at all. What is even more exiting is all the new sports that were introduced this year. Nothing was more satisfying than seeing karate in the Olympics.

Karate As An Olympic Sport

Sure there are already a number of combat sports in the Olympics. You have boxing, wrestling and taekwondo already present. One could even say that the tae kwon do competitions look very similar and indeed they do. To the trained eye there are difference. This is especially true in the way that points are score. Also the training varies between the sports. Karate is more a hard form of combat compared to the flamboyancy of the Korean art.

Traditional karate training would have taken place on hardwood floors. Indeed many traditionalist still prefer to train this way. Increasing though karate schools are turning to training on karate mats or jigsaw mats as they are also called. With the benefits offered by training on jigsaw mats it is no wonder that karate schools are turning towards them for the comfort and support they provide.

Whilst traditionalist might stick to hardwood floors or straw tatami mats there are those that have embraced modern tatami. These days people are turning to vinyl tatami mats which are more comfortable to train on and offer better protection. They also have the tatami finish which is what traditional karate practitioners like to see.

Either way it is great to finally see karate in the Olympics. It would be great if they could include other popular martial arts such as BJJ or MMA in the future. They have large followings in the real world so they would surely be popular.