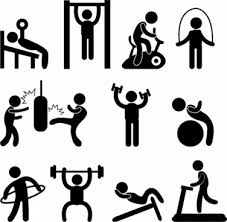 The Aussie Dollar declined for the 3rd week in a row, although the range was limited to 57 points.. The RBA meeting revealed in their minutes  that they had considered a rate cut on Melbourne Cup day, but then decided against it. This in turn increases the chance that they will cut rates next week, although it is not yet know. Hopefully they won’t cut rates as it will have a negative impact on the Australian dollar and therefor the price of training mats such as EVA jigsaw  mats and gym mats. Every time the dollar falls it again puts pressure on training mats pricing.

The problem is that it is not only the Australian economy that is having trouble. The OECD predicted that the world economy would grow at just 2.9% this year, which is its weakest growth rate for over a decade. The richest countries also forecast little improvement in growth over the next two years. It blamed, among other things, political uncertainty and the Sino-American trade war, and called for clearer climate-change policies. What they should really be blaming is their own structural problems which they have failed to address due to political gridlock. In this environment the price of training mats will surely continue to suffer. Luckily people have a high tolerance too pricing as they just like to train.