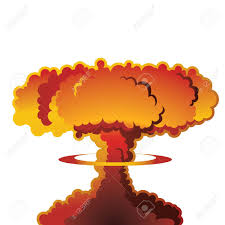 In Europe yesterday the markets were hit with the news that Giuseppe Conte, Italy’s prime minister, resigned after a rival tabled a no-confidence vote against him and called for new elections. With the Northern League  surging in the polls, fresh elections could be held if a new coalition government cannot be formed. The political turmoil in the Eurozone’s 3rd largest economy (Italy)  could further dent fragile confidence in the European economy. The European block is the world’s largest economy so should things turn sour there then you can bet your bottom line that that will reverberate throughout the entire world. Even the market for jigsaw mats and MMA mats.

So what can we expect the effect to be on jigsaw mats and MMA mats? Well as with all martial arts mats, jigsaw mats are produced using closed cell EVA. This is why they are also often referred to as EVA Mats. Should world events have an effect on commodities then they will also have an effect on EVA mats as the material used to make the mats is a tradable commodity. So if the markets somehow effect the supply chains, such as Trumps trade war with China, then it is not hard to imagine the effect it would have on jigsaw mats and MMA mats. So when you hear of something happening in Italy like political turmoil, or protect in Hong Kong, then logically your thought should focus on what effect those events might have on markets that you rely on.