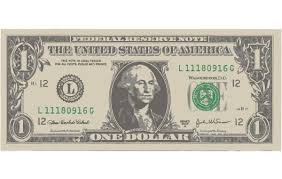 You may  have noticed but the Australian dollar has been very volatile against the American Dollar. In fact it has lately been volatile against all the major currencies including the Yen, the Euro and the British Pound. The reason for this is varied but it has been a consistent theme since the beginning of the year. Against the USD this can be explained by the trade war between China and the USA. Australia being highly dependent on China for trade means any time there is an issue there it effect our currency. The Euro is being influenced by economic troubles there and the British Pounded has been pounded (excuse the pun) by uncertainly about the Brexit.

The biggest impact on Australia is when there is extreme fluctuation with the USD. Australia is a commodities bases economy with all our major exports sold in USD. So any fluctuation there has an extreme impact on us. This also includes imports like MMA mats and jigsaw mats. Obviously when the value of the AUD goes down then the cost of our exports to other markets also goes done. This usually has the effect of increasing demand for our exports. On the flip side when the dollar goes down it also has an effect on MMA mats and jigsaw mats by increasing their price. Both MMA mats an jigsaw mats are a consumer product and are not considered a commodity. If the price for them goes up in one country it is not easy to find a replacement. So in effect if it difficult to switch suppliers.

It is for this reason that the price of both MMA mats and jigsaw mats could go up in the future if the value of the Australian Dollar continues to fall against the American dollar.