The pandemic was a strange time indeed. One of the things that we experienced was an explosion in demand for EVA Jigsaw Mats. In seems as if every person was scrambling to secure some mats because they could no longer train at home. There were literally orders coming in at a million miles a minute. It was a good time to be in the mats business.

Although demand is not as high as it was during the height of the pandemic it is still elevated. I would say that people’s behaviour has change and they are more inclined to want to also train at home. Sure the gyms are open again and people are attending but there would be those that are reluctant to return.

There is also the issue of pent up demand of people wanting to open up a gym. There would have been many who would have put off there dream of running a MMA or BBJ gym and are getting around to it now. A lot of our customers in the process of opening gyms which is why out tatami mats and MMA mats are selling well. Also there are people who prefer to use them in their home gyms as well.

Direct Mats Great To Deal With

Luckily Direct Mats has a lot of stock to satisfy demand. Our state of the art warehouse in Melbourne is well equipped to handle and dispatch EVA jigsaw mats and our other gym mats across the country. Our smaller Sydney warehouse is a tremendous help also. 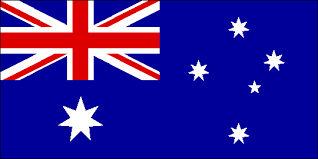 Israel Adesanya made headlines by knocking out Robert Whittaker with a right hook-left hook combination at 3 minutes, 33 seconds of the second round in the main event of UFC 243 in Melbourne, Australia. The fight took place on Saturday  before a huge crowd of 57,127 spectators.

Adesanya has now unified the middleweight title with the stoppage victory against Whittaker. Although Adesanya was a favourite to win he was not a heavy favourite considering Whittakers reputation. Israel came in as the interim champion, and Whittaker was the lineal champion (I would explain the different but not now. Maybe next time).

Although the left hand that connected sent Whittaker flying across the mats, you can expect him to be back on his on his EVA jigsaw mats in no time training for his next fight. he might even fight Israel again at some point in a rematch.

The Role of EVA Jigsaw Mats

One would certainly hope that Whittaker will be given another chase at the title. He spent hours in the gym on eva jigsaw mats training for this fight. He will surely spend many more on jigsaw mats training for any future battles he may have in the UFC or any other MMA competition.
Indeed eva jigsaw mats and jigsaw mats in generally are the favoured mats of champions. You will practically find EVA jigsaw mats in almost ever MMA and martial arts gym out there. Whilst they may also use other kinds of gym mats EVA mats are popular because they are easily replaced and inexpensive.
As you can imagine most MMA gyms would have heaps of people coming in and out and high volume of practitioners. For that reason it makes sense to have mats which can withstand the test of time.
Israel Adesanya Knocks Out Robert Whittaker